My Take On: Obama’s Emancipation Day 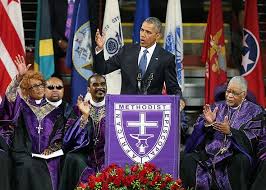 On Jan. 1, 1863, President Abraham Lincoln freed the slaves when he issued his Emancipation Proclamation.

One hundred and fifth-two years later, on June 26, 2015, President Barack Obama experienced his own Emancipation Day.

It was a day in which the historic U.S. Supreme Court decision declared same-sex marriage Constitutional, thus freeing millions of gay people to participate in that most revered of institutions. At the same time, the Court justified Obama’s contention that marriage should be legal for all Americans. No longer must the LGBT community fear being denied the opportunity to express their commitment to another person or fear crossing state lines and simultaneously morphing from a spouse into an untethered single person.

“Sometimes there are days like this, when that slow, steady effort is rewarded with justice that arrives like a thunderbolt,” the president said following the 5-4 court decision. “This morning the Supreme Court recognized that the Constitution guarantees marriage equality. In doing so, they have reaffirmed that all Americans are entitled to the equal protection of the laws, that all people should be treated equally, regardless of who they are or who they love.”

Blind to injustice no more

June 26th also was a day in which Obama himself was emancipated from his image as a coldly calculating politician who deftly rode the rail between frustrated conservatives and disappointed progressives – completely pleasing neither one.

As he delivered his eulogy for the Rev. Clementa Pinckney – one of nine black Americans who were shot to death on June 17 during a prayer meeting at their church in Charleston, S.C. – Obama shed the shackles of political practicality before a largely black audience.

With his voice and tempo sounding more like a pastor than the Constitutional law professor he was, Obama unmasked many examples of institutional racism’s repugnant trail.

“For too long we’ve been blind to the way past injustices continue to shape the present,” Obama declared. “ . . . Maybe, we now realize the way racial bias can infect us even when we don’t realize it, so that we’re guarding against not just racial slurs, but we’re also guarding against the subtle impulse to call Johnny back for a job interview, but not Jamal.”

Obama cloaked himself in the protection of God’s “Amazing Grace” as he led the singing of that powerful hymn written by a redeemed slave owner. Thus, Obama unashamedly revealed to the world that yes, this black president does indeed have soul. 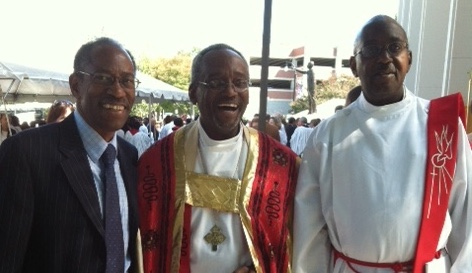